Journalist for Krym.Realii (RFE/RL) won’t go to Crimea because of threat of detention 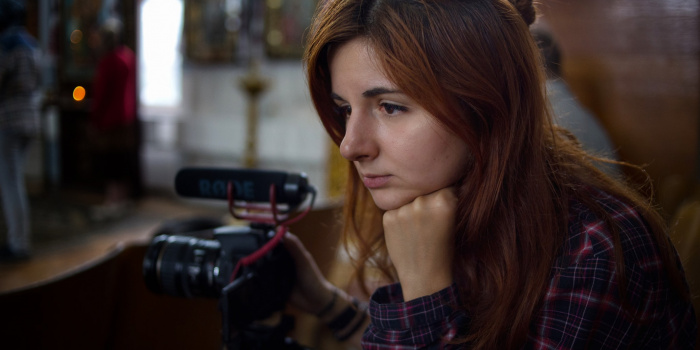 A journalist for Krym.Realii (RFE/RL project) won’t go to the Russian-occupied Crimea for a journalistic assignment due to the threat of being detained. Oleksandra Yefimenko told it on her Facebook page on January 27.

According to Oleksandra Yefimenko, after her last trip to the peninsula, which lasted from September to November 2021, Russian police officers were interrogating persons about her personnality.

“A week later, after arriving on the peninsula, when I opened the wicket door of my own house in the morning, two red artificial carnations with a black ribbon fell at my feet (I won’t join the picture of this exquisite bouquet). At that time, I decided to stay and finish my work, knowing well that this was a very bad warning, as to me,” the journalist wrote.

After Oleksandra returned to Kyiv in December, she was told that the so-called police came to the place where she resided. The occupationists inquired about her.

“I have been working as a correspondent in Crimea for four years, since November 2017. And for the first time since that period, I decided I had to stop. From now on, my trips to the peninsula will most likely not bring benefits and quality work, but problems to me and, most importantly, to those who know me. In my opinion, this is irresponsible. So, I won’t go to the Crimea until better times. But this does not mean that I will leave this topic. It just means that I just need to try to adapt to the new reality, ”the journalist wrote.

In a comment to the IMI representative on the occupied territories of Crimea and Donbass, Oleksandra Yefimenko reminded that in July 2017, representatives of the occupying security forces of Crimea had detained her, but no case had been instituted against her.

The journalist noted that she had no grounds to appeal to Ukrainian law enforcement agencies.

"I do not have in possession any legal documents. The facts are that when you are banned from entering, for example, like my colleagues Taras Ibragimov, Alona Savchuk, Alina Smutko, this is a fact that has happened and is legally confirmed. What to do in this situation, I do not know yet. I will talk to my lawyer about this and make a decision, ”the journalist said.

Oleksandra Yefimenko added that legally the security forces of the occupied Crimea cannot forbid her to enter the peninsula, because at the time of 2014 she had and now she has a Crimean registration of domicile. So, under Russian law, she is considered a citizen of Russia, although she has no Russian passport. And since Russia considers Crimea as its own territory, it cannot ban its citizen from entering the peninsula.

Liked the article?
Help us be even more cool!
Other news

Russians are spreading fake news about the deportation of potential conscripts, says CCD

Russians deliberately fire at Česká Televize journalists near Bakhmut
Blogs
Collaborators' meaning juggling: how the minds of Ukrainians in the occupied parts of Zaporizhzhia oblast are being poisoned
"With Russia forever:" how "L/DPR" groups are preparing the region for "joining" RF
"I want this film to be presented at international trials:" the story of Lithuanian filmmaker's documentary, told by a Mariupol journalist
Western experts in the russian fog
Do you want to be first to learn about the new research of the Institute of Mass Information? Subscribe to the newsletter!